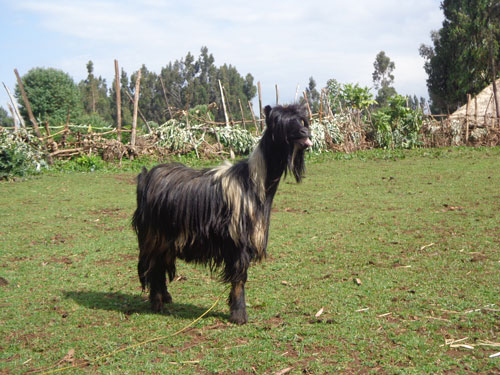 A Review on Current Knowledge of Genetic Diversity of Domestic Goats (Capra hircus) Identified by Microsatellite Loci: How those Efforts are Strong to Support the Breeding Programs?

Abstract
Genetic characterization requires knowledge of genetic variation that can be effectively measured within and between populations. It is considered as an important tool for sustainable management or conservation of a particular population. Presence of limited diversity may hamper the possibility of populations to adapt the local environment in the long term, but loss of genetic diversity can also more immediately lead to decrease fitness within populations. In this paper, genetic diversity of more than 120 domestic goat populations found in various parts of the world has been summarized. The paper is limited only to the diversity study conducted by microsatellite loci. In all the goat populations reviewed, the within population genetic diversity is extremely higher than between population variation which might be due to the uncontrolled and random mating practiced among the breeding flock. However, the technical as well as statistical data management deficiencies, like selection of microsatellites and other sampling biases, observed in the reports could have their own influences on the limited and weak variations obtained within and among populations. The genetic distance among populations is very narrow especially populations found within states. In general, goats are the most transported animals during the lengthy commercial and exploratory journeys took place in the old world long time ago. This contributed the goat to have narrow genetic differentiation compared to other ruminant livestock. The technical fissures observed in the past efforts on identification and structure analyses of the goat populations might also demand further works to design appropriate conservation and breeding management programs.
Keywords: Domestic goat, Genetic distance, Heterozygosity, Microsatellite marker, Polymorphic information content